The Spring event with Schuller and the Modern Jazz Quartet appears to have provided a toehold for Garvey to begin to advocate for a formalized jazz program at the University of Illinois. By October, 1959, Garvey had apparently constructed a proposal (described in a Daily Illini article on 10/6/1959) to establish a jazz curricula in the School of Music, modeled in part on the existing programs at the University of North Texas, Indiana University, and the Berklee School of Music. 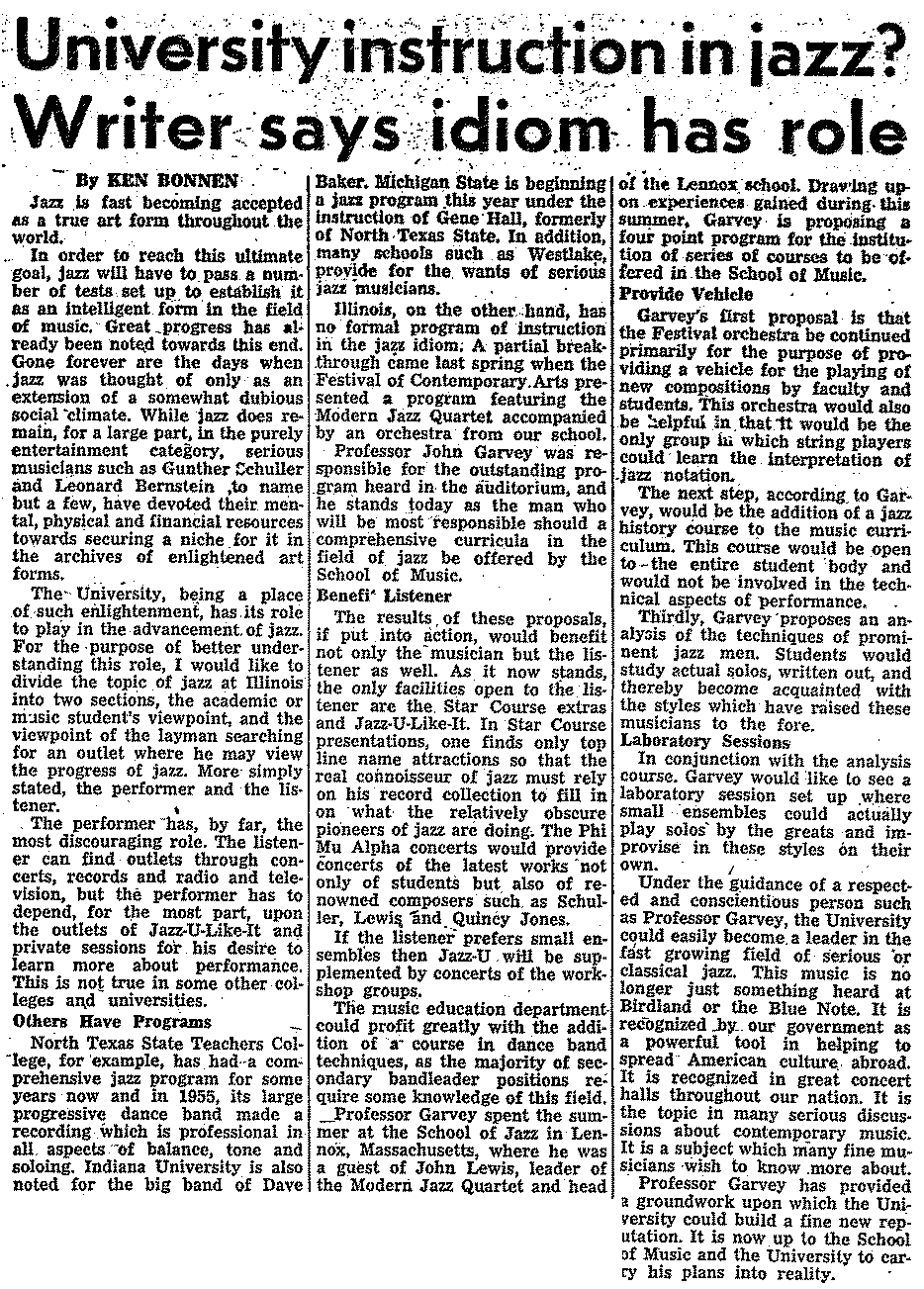 Having managed to successfully secure an organized jazz event in the 1959 Festival of Contemporary Arts (one which featured highly regarded national names), Garvey began the work of trying to sell his vision of a jazz curricula to the School of Music. It appears that much of this lobbying occurred out of the public eye, and it appears that his initial appeals fell on deaf ears. 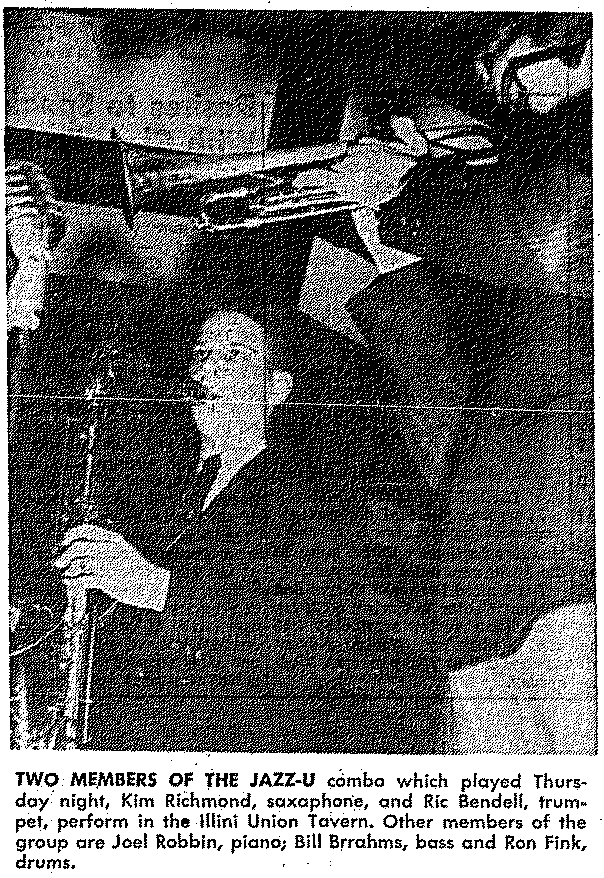