During the summer recess, the band played two concerts (one in the Great Hall at Krannert Center for the Performing Arts in Urbana, the other at Town Hall in New York City) backing vibraphonist Gary Burton, who had appeared at the May jazz festival. A Daily Illini article on July 27 described the Krannert program as including Burton with the Illinois band's rhythm section (Jim McNeely, Terry Pettijohn, Fred Atwood, and Chuck Braugham), two pieces by fellow vibraphonist Terry Gibbs, two by Illinois trumpeter Ken Ferrantino, and one written specifically for Burton by saxophonist Howie Smith, called "Midnight/Dawn". The performance would also feature the "Hot 5" (Larry Dwyer, Ric Bendel, Ron Dewar, Terry Pettijohn, and Braugham). 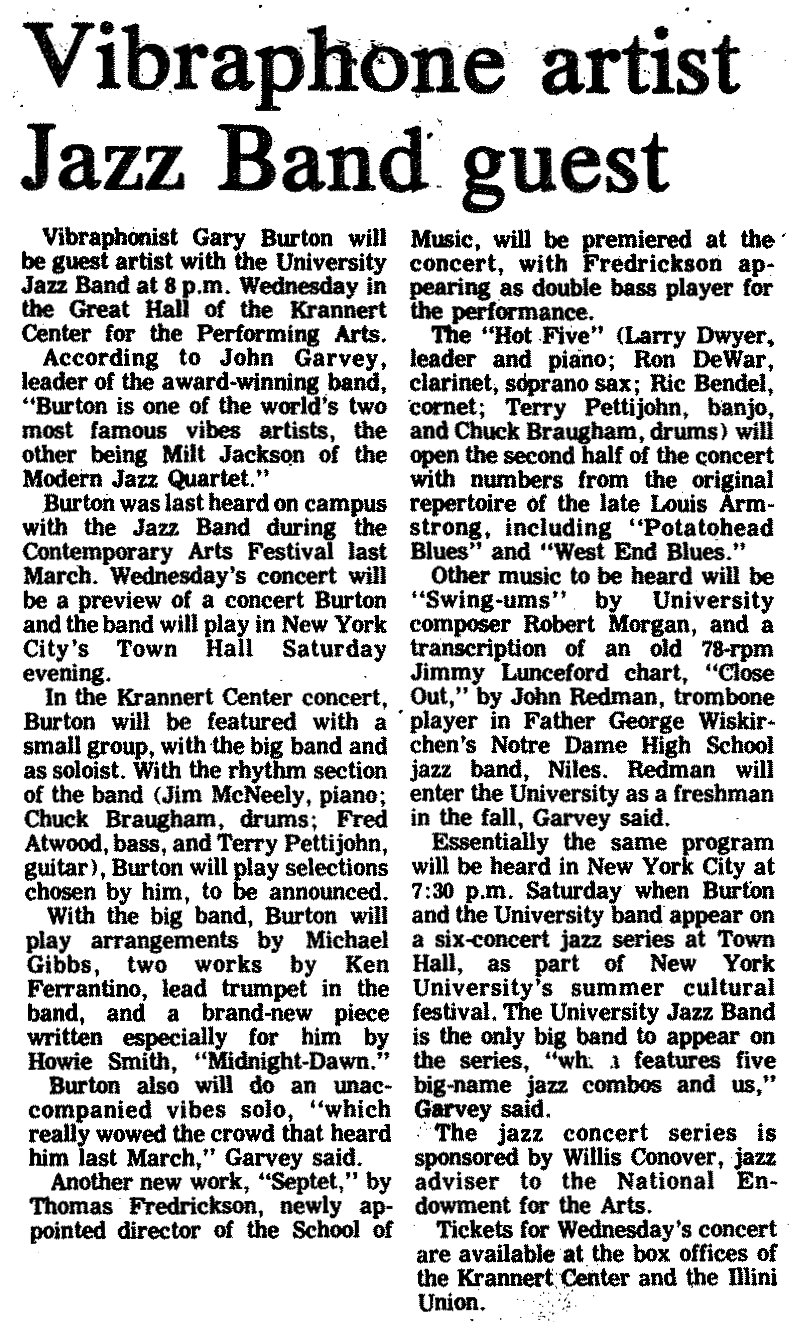 A recording of this concert is held at the Sousa Archives (box 64, reels 1-6). The program is not referenced but may be indexed on the reels themselves.

Following the Krannert concert, the band traveled to New York. The concert was mentioned in advance by both the Village Voice and New York Magazine. 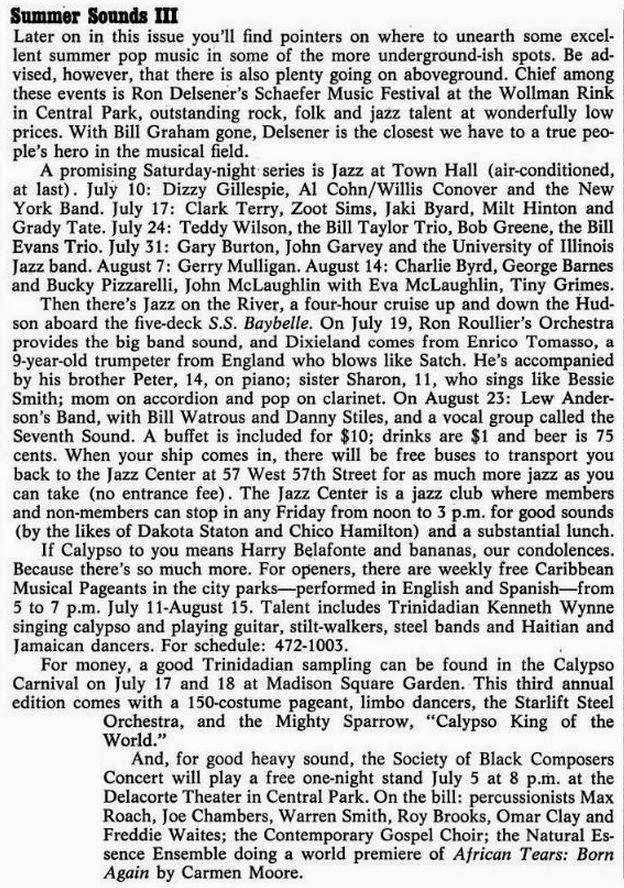 While contemporary reviews have been difficult to locate, there appears to have been a recording made of the concert. Uploaded by composer Bob Morgan is a recording of the band playing "May Day" (aka "Swingums"), featuring McNeely, Dewar, and Bendel.


The Sousa Archives hold two reels of a recording which is not indexed in their web listing; based on their reel numbers, these may be a concert from August or September, 1971 (box 65, reels 5-6). Also included is a single reel from a concert on October 6, 1971. Two additional reels (box 68, reel 1; box 69, reel 2) may contain a December concert (their contents are listed as "not verified").

On October 6, the band appeared in concert at the Great Hall in Krannert Center with guest soloist Gene Ammons.

On Thursday, February 17, the band appeared at Krannert Center for the Performing Arts, with special guests Cecil Bridgewater (trumpet) and Dee Dee Bridgewater (vocals). Two reels held by the Sousa Archives, labeled February 18, 1972, are probably of this concert.