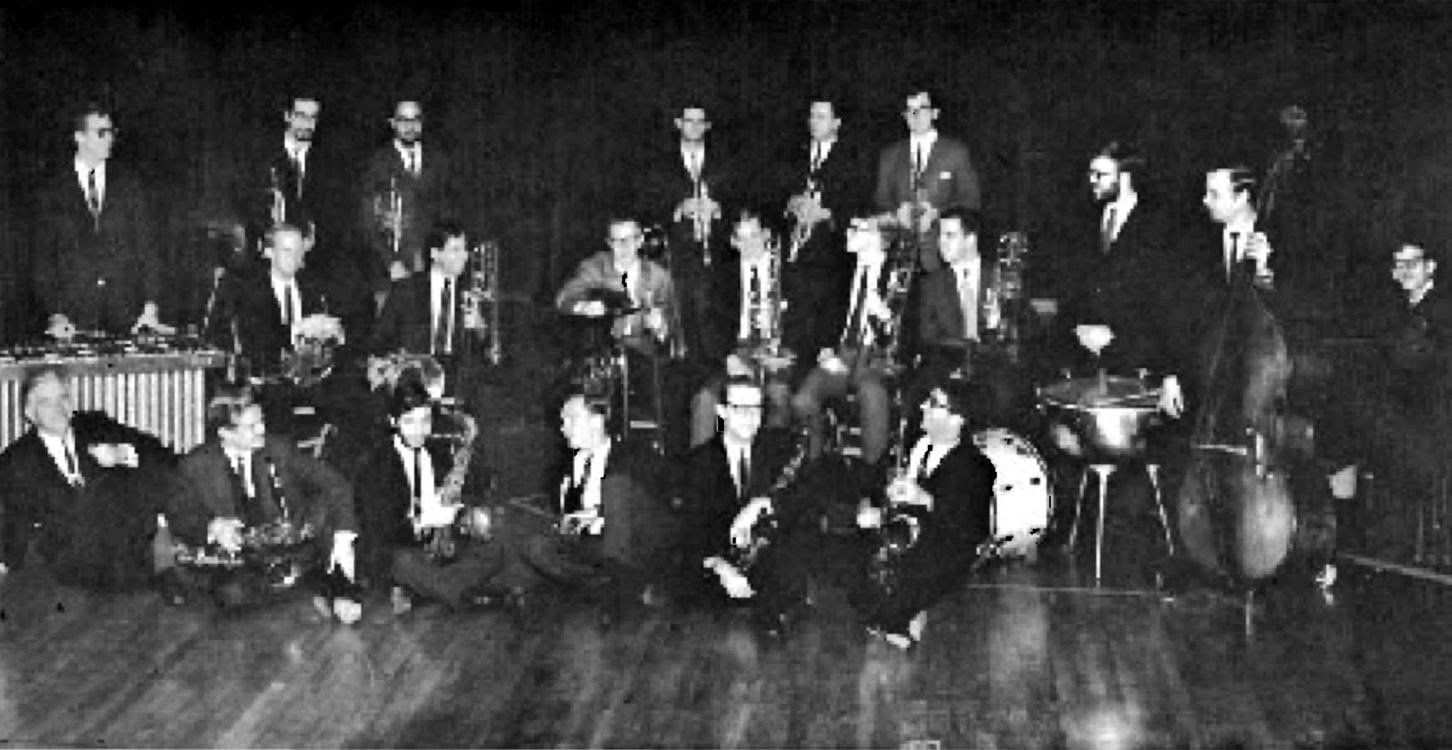 On July 10 and 11, 1967, the jazz band performed concerts (presumably on campus) which were recorded. Selections included for the July 10 concert included "The Aardvark's Bark" (Roehmann), "Song for Someone" (Knapp), "Daahoud" (arr. Ron Scalise), Laura (arr. Don Owens), and "Sonny's Crib" (comp. Sonny Clark). While the July 11 concert was also recorded, there is no accounting of the selections. These recordings are archived as part of the collection of recordings maintained by the Sousa Archive (box 4, reels 6-8; box 5, reels 1-3).

On August 8, 1967, the band performed "Improvisation for Jazz Band and Symphony Orchestra" (Matyas Seiber and Johnny Dankworth) with the UIUC Chamber Orchestra. This performance was recorded and is housed at the archive (box 32, reel 5). 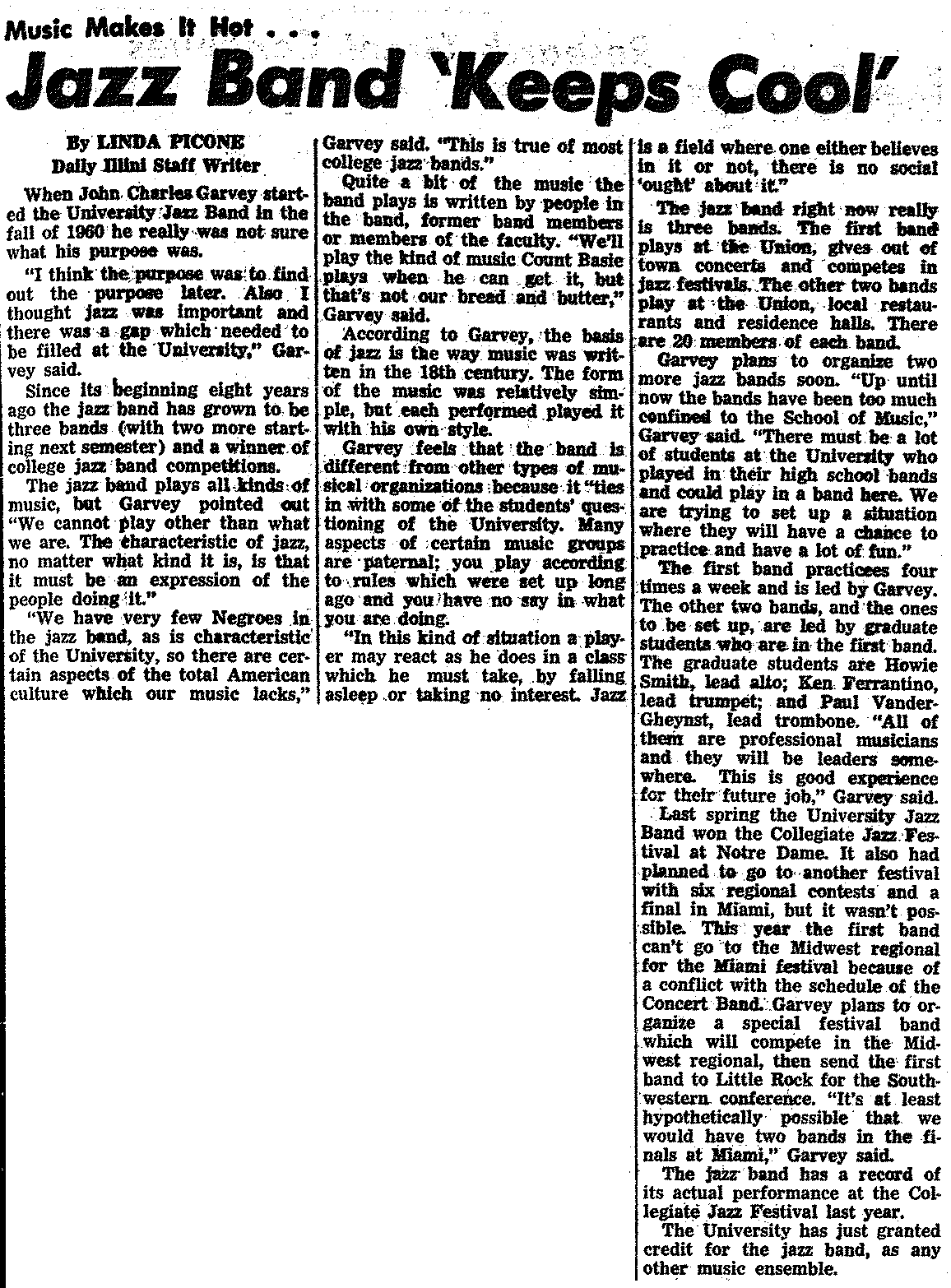 On March 7, 1968, the band held a concert for which there is a recording in the Sousa Archives. The program is not indexed (box 16, reel 5). This may have been a local warm-up concert for the upcoming collegiate jazz festivals.

At the 10th annual Notre Dame Collegiate Jazz Festival was held March 8-9, 1968. Having won the top band award in their first visit in 1964 and again in 1967, they returned to "defend their title". The program noted that the Illinois program offered "five big bands, several combos, and a course in writing for the jazz band." Also mentioned is Garvey's upcoming sabbatical, during which Duke Ellington was to conduct the band for a month.

Clip from the program of the Notre Dame Collegiate Jazz Festival, 1968.

Competing at the festival in the small group competition was the Dominic James Quartet, which included Jim Cuomo (saxophone/leader?), Jim Knapp (flugelhorn), and Mitch Hennes (piano).

Clip from the program of the Notre Dame Collegiate Jazz Festival, 1968.

The band won both of the top awards (Best Big Band and Best Overall Jazz Group) for the second straight year. Saxophonist Ron Dewar was named Best Tenor Sax at the Festival. Cuomo's quartet made the finals for the small groups, but no combo was awarded first place.

In addition to the prestige and publicity which came with winning the competition, the award included a trip as a guest band at the Newport Jazz Festival in July.

On March 10 1968, the band performed "The Visitation" on campus (along with the UIUC Opera Group and Symphony Orchestra), conducted by Gunther Schuller. A recording of this performance is held by the Sousa Archive (box 35, reels 1-3).

Maintaining the frantic schedule, the band next appeared at the Midwest Jazz Festival in Elmhurst, Illinois.

The band next competed at the second annual Intercollegiate Jazz Festival held at the Kiel Opera House in St. Louis on June 22, 1968. The band was named "best big band" of the competition, and five band members (including Cecil Bridgewater, Jim Knapp, Ken Ferrantino, and Chuck Braugham) also won individual awards. 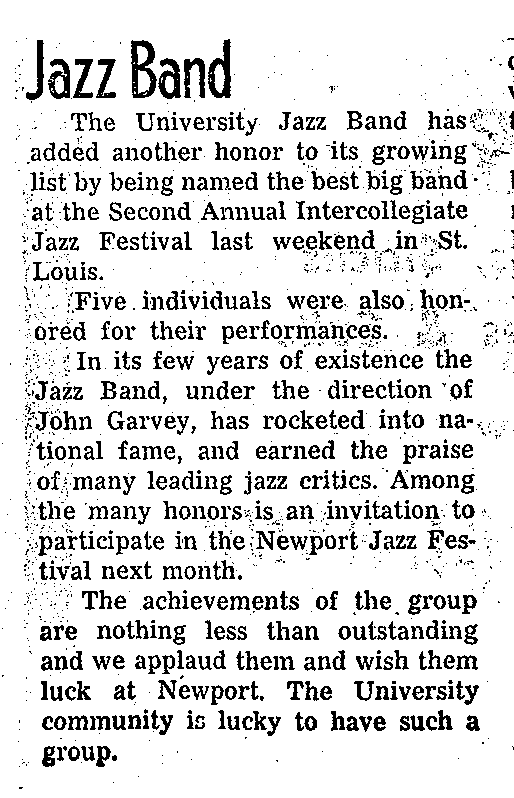 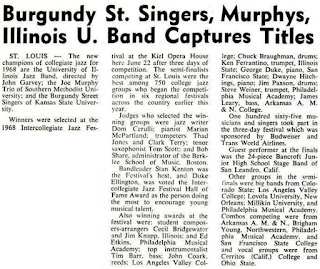