John Garvey was born March 17, 1921, in Canonsburg, Pa. He began playing the violin in 1928, and by 1936, was studying under Alfred Lorenz, principal violinist with the Philadelphia Symphony Orchestra and violin instructor at Temple University. Garvey would later attend Temple to study with Lorenz.

His first professional playing experiences occurred from 1943-1945, during which time he played in the string section of the well-known Jan Savitt Orchestra. 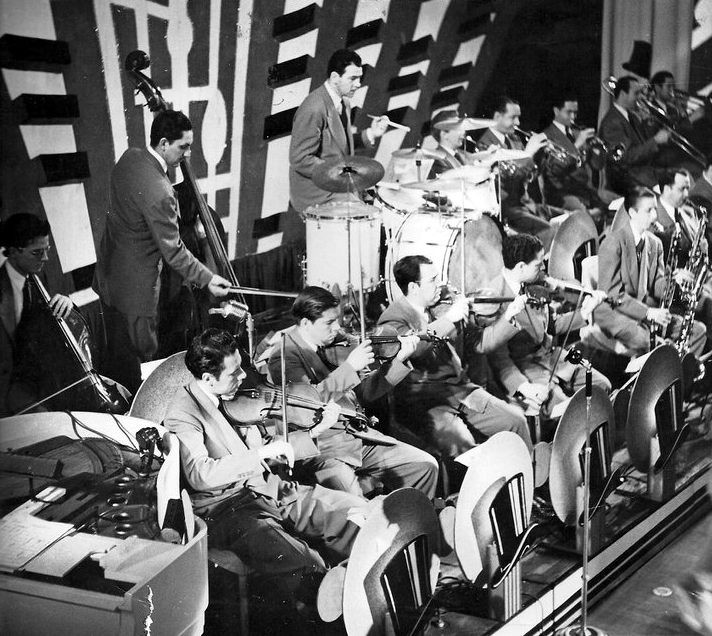 John Garvey with the Jan Savitt band (first row, second from left)
From 1945-1948, he was a violist with the Columbus (Ohio) and Philadelphia Symphony Orchestras.
He joined the faculty of the University of Illinois in 1948 as a member of the Walden String Quartet from Cornell was brought in as quartet-in-residence. Garvey continued as the principal teacher of viola, and went on to conduct several prestigious ensembles during his tenure at the University, in addition to cultivating professional collaborations with such composers as Harry Partch and John Cage.