Returning in the fall, the band performed on the weekend of November 8-9 as part of the Dad's Day Revue, presumably held at the Auditorium. 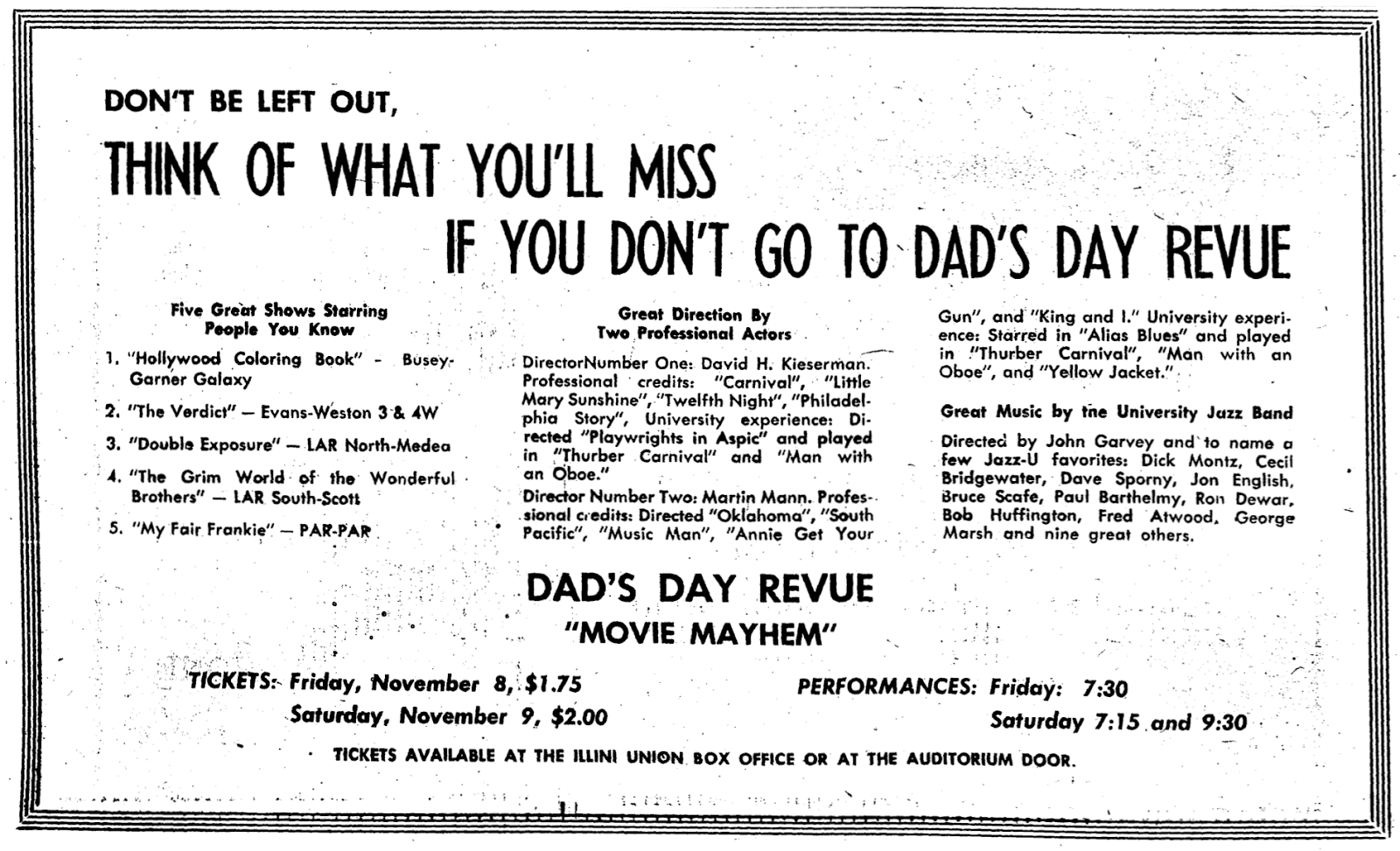 In the week following the concert, the jazz band made its first appearance as part of the long-running Jazz-U-Like-It series, which had previously featured smaller groups. Presumably Garvey was looking for more playing opportunities as the band ramped up for collegiate competition, as they played concerts in November and December. 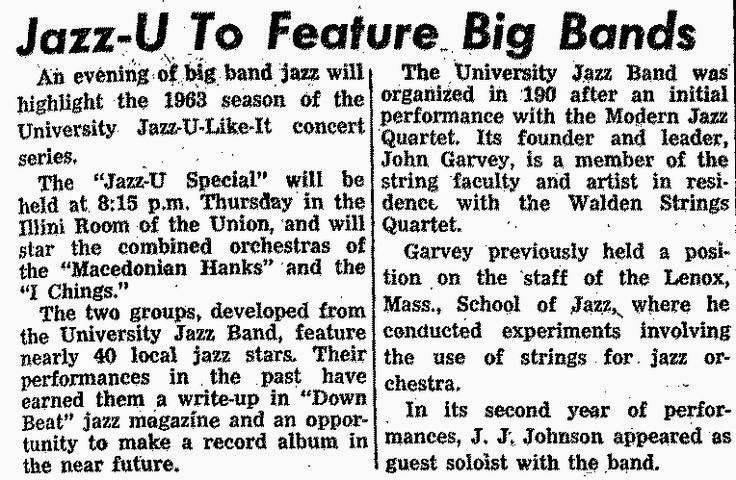 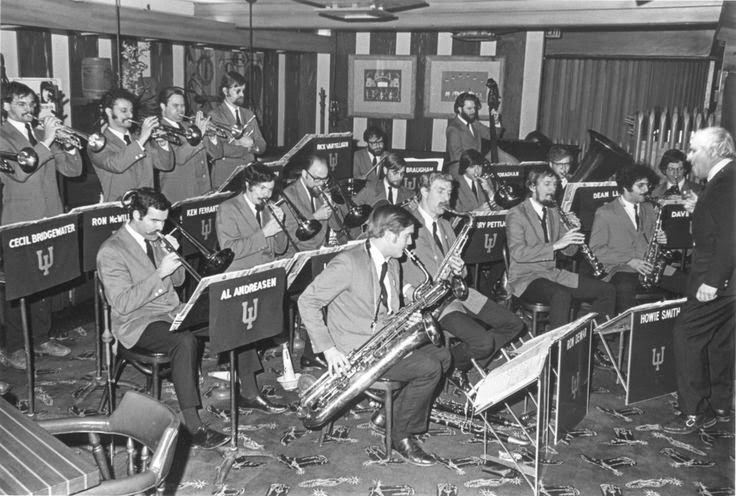 The band was now preparing to take the show on the road and test its mettle (and Garvey's ingenuity) against some of the best collegiate bands in the nation. 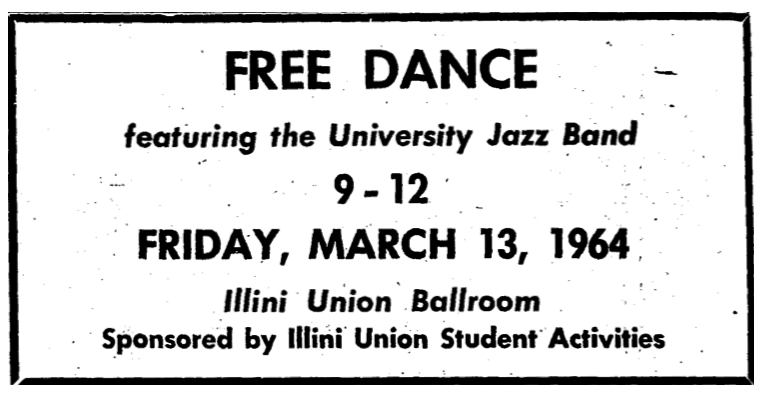 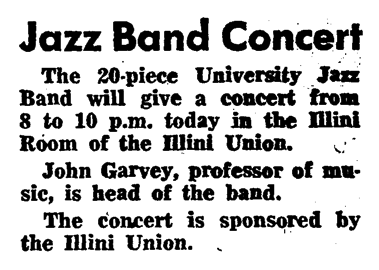 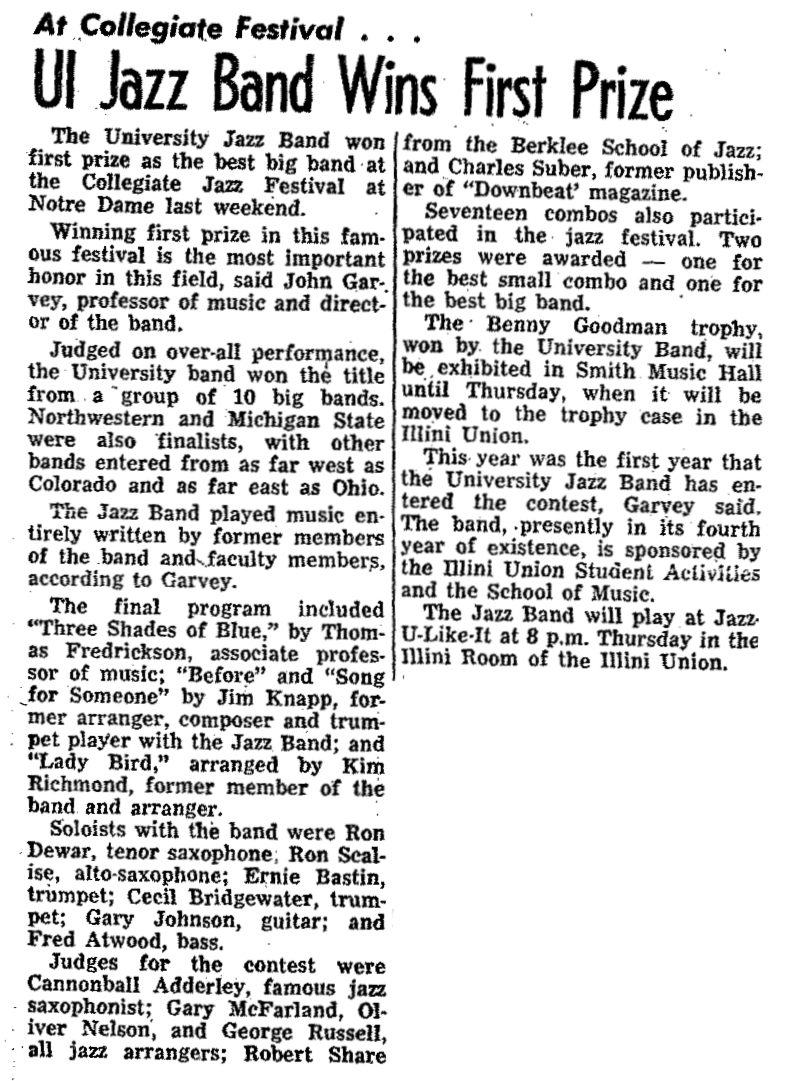 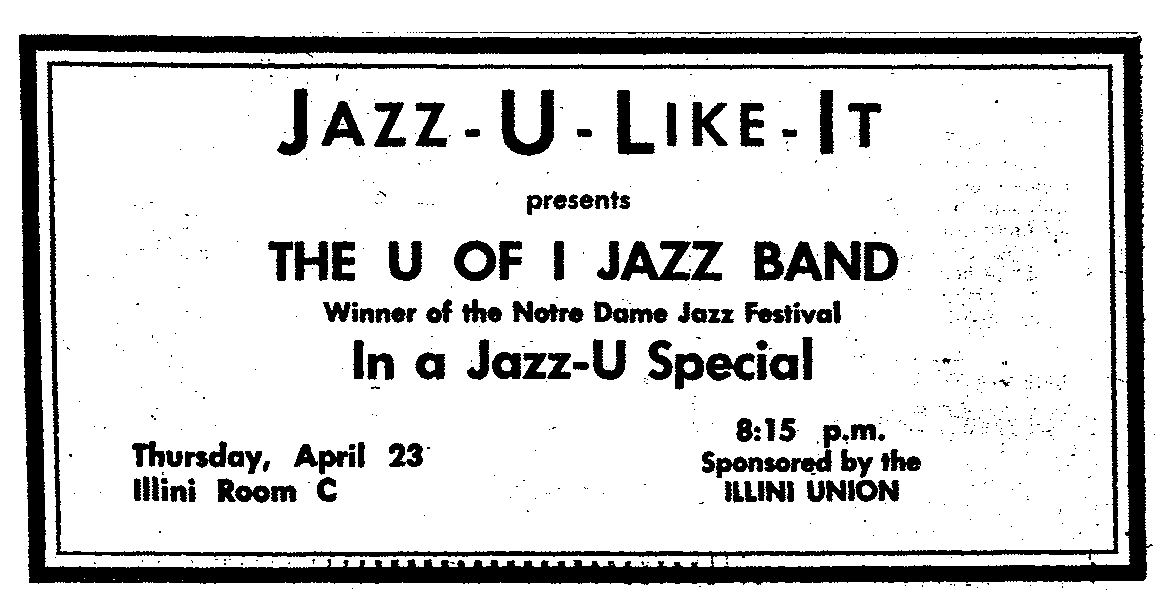 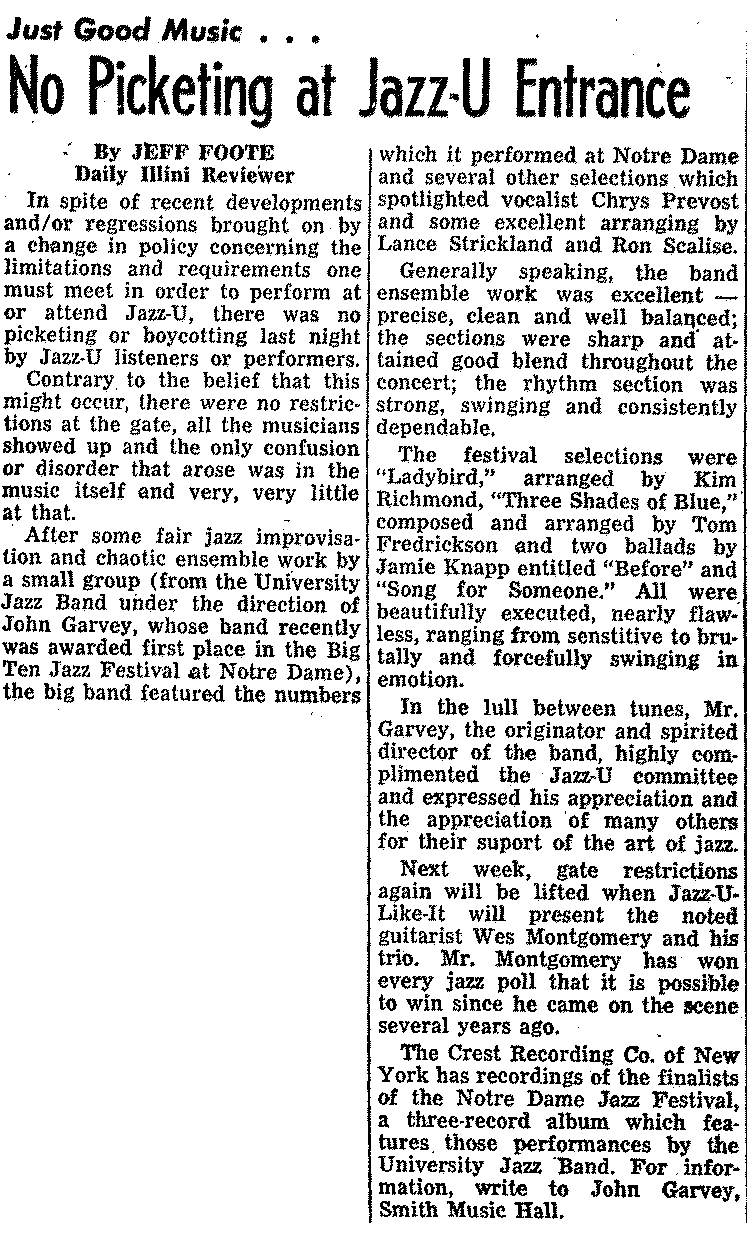 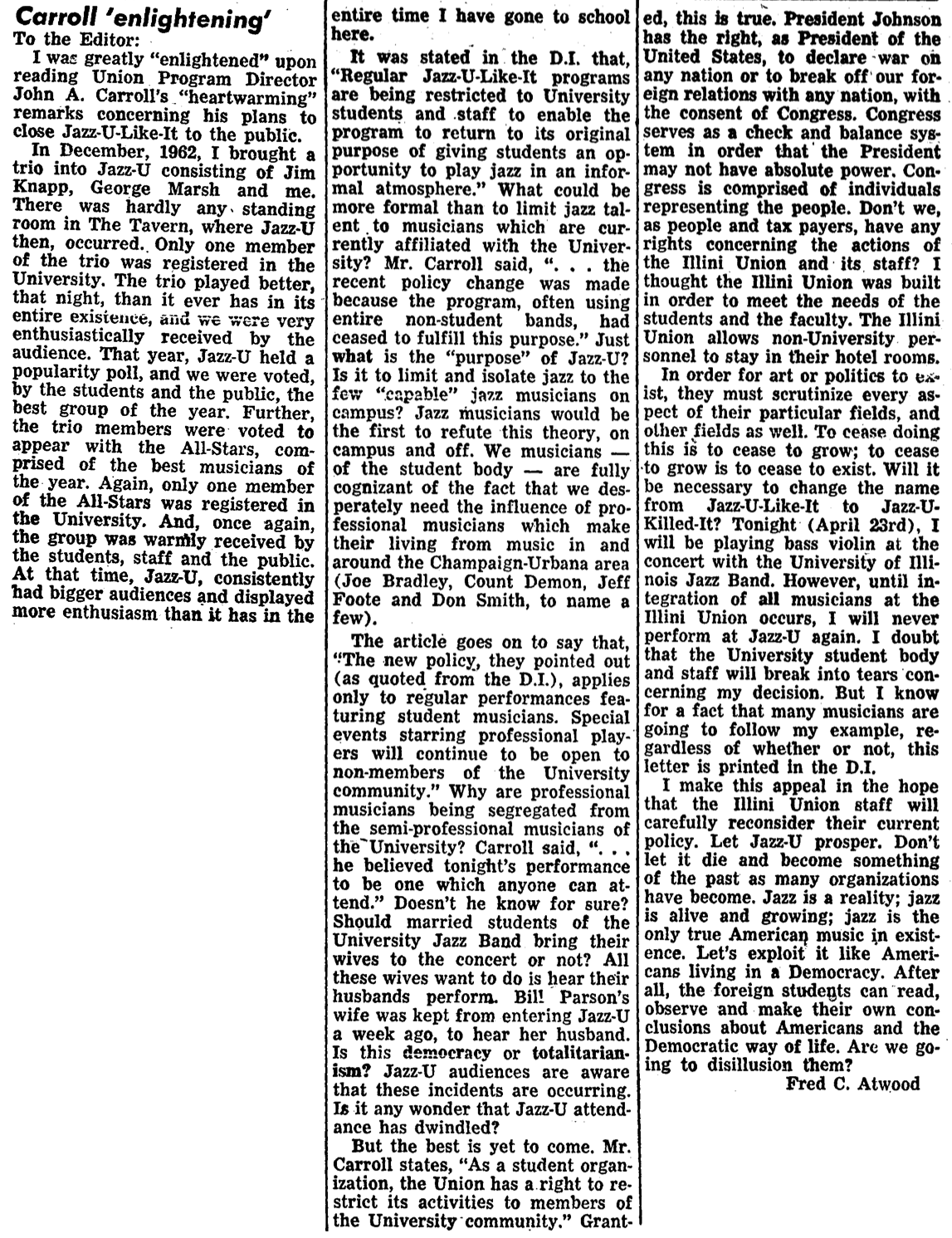