After the summer break, Garvey scheduled three one-hour tryout periods from Wednesday, September 13 through Friday, September 15, in room B of the String Annex. 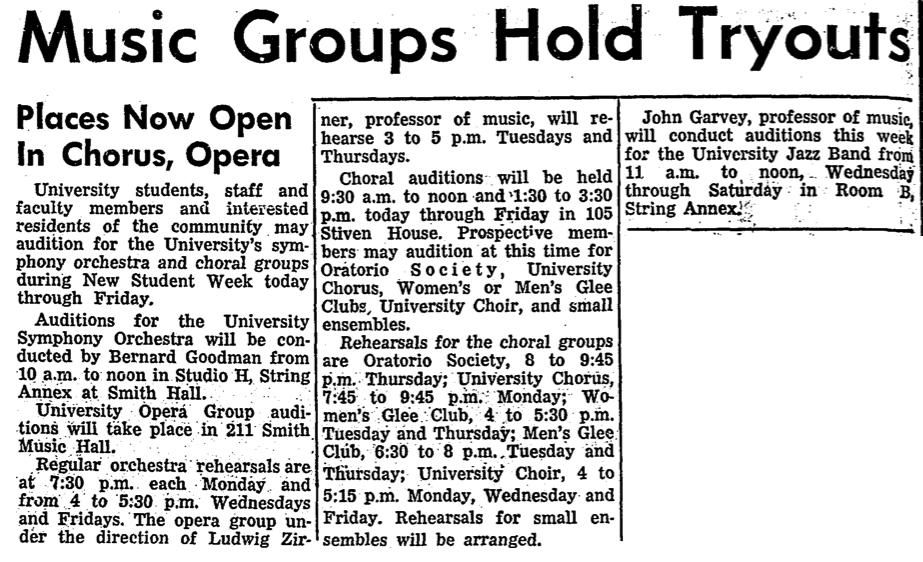 The band's fall concert was held on November 15, 1961 at 8pm, in the Illini Union Ballroom. 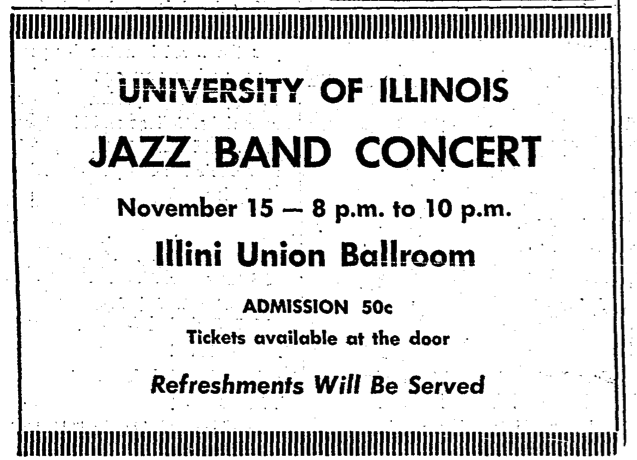 A writer for the Daily Illini was on hand for the concert and provided a review on November 16. The general impression is that the band had improved significantly over the previous year's group. Ron Dewar was cited as the "top reed soloist of the night."

On November 29, 1961, WILL-TV aired an episode of "Mosaic" at 8:30pm. This episode reportedly explored "the wide variety of musical performances and opportunities at the University," and included the University Jazz Band as well as the Walden String Quartet, amongst other groups. It is not known at this time if an archive of this show exists.

On February 15, 1962, the Daily Illini reported that the Illini Union Board had approved funding in cooperation with Star Course to bring trombonist J. J. Johnson (as Garvey had mentioned back in October of 1960) as well as the Modern Jazz Quartet (identified erroneously as the "Progressive Jazz Quintet"; this group had appeared with a group under Garvey's leadership in the 1959 Festival of Contemporary Arts) in March. 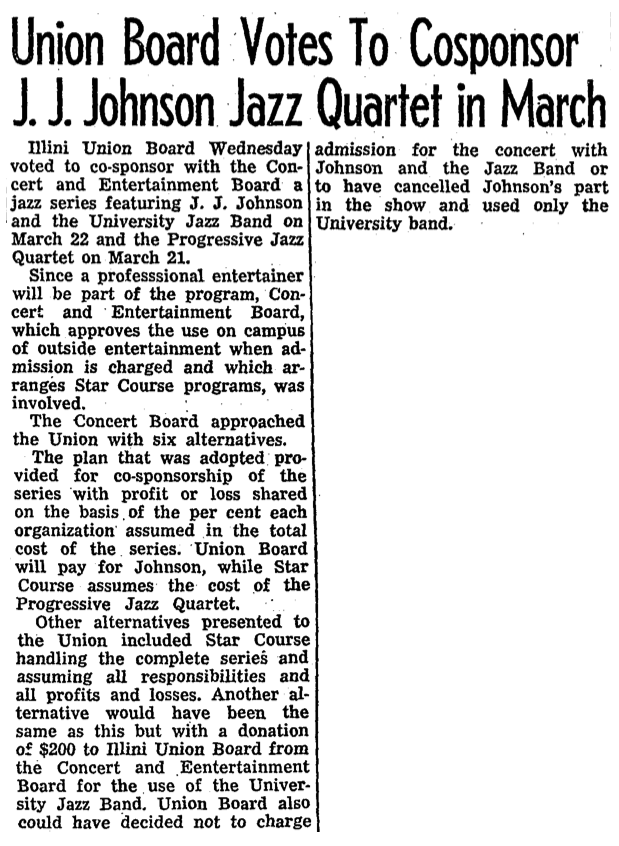 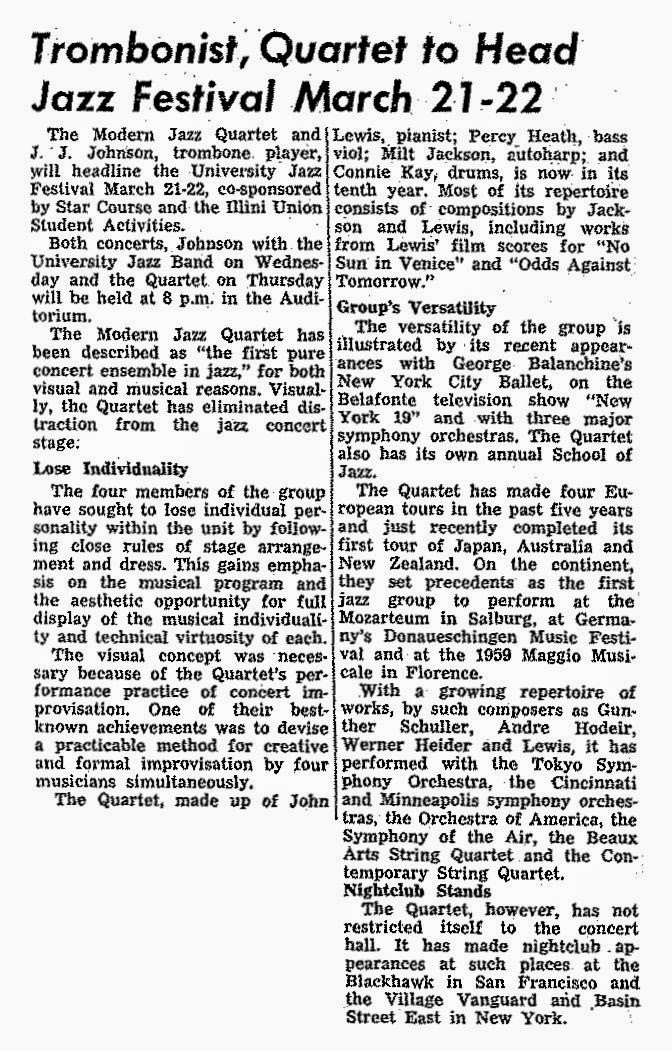 The MJQ's national popularity made it a natural area of focus for news accounts; there's relatively little about trombonist Johnson in the press clippings (outside of publicity photos). 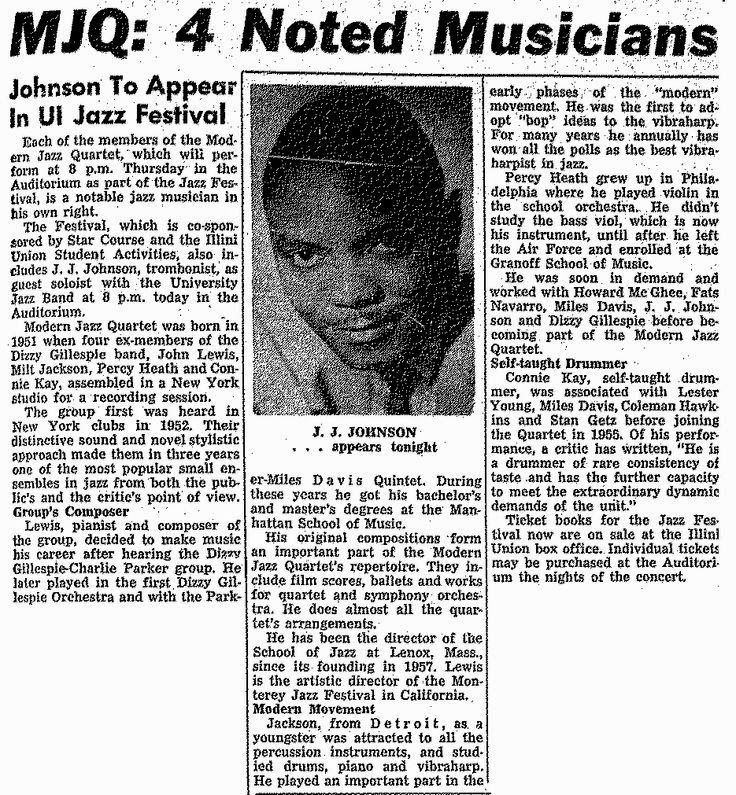 The concert appears to have gone better than anticipated. Johnson was quoted as having been surprised by the quality of the ensemble. The review is one of the first times we begin to see some of the members who would become the "core" of the ensemble mentioned in association with the ensemble (though many of these players had been appearing in small groups at the Illini Union's "Jazz -U-Like-It" series for several years and were well-known locally): Jim Knapp, Ron Dewar, and Kim Richmond are mentioned favorably, as are Fred Atwood, Don Heitler, and George Marsh. Dewar is singled out for special attention, with solos "on the same level as Johnson's." 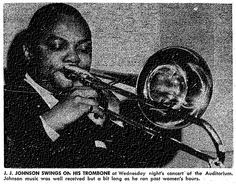 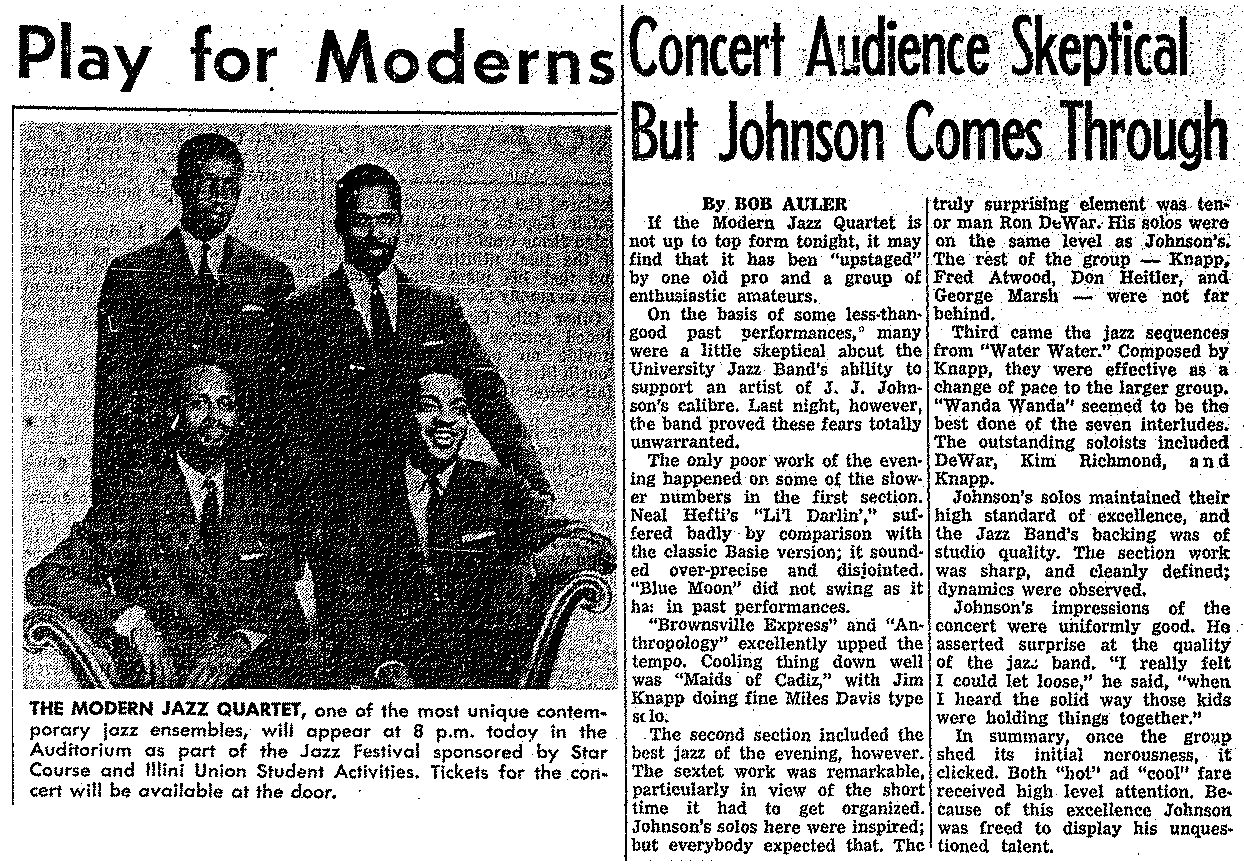 The band's scheduled appearance on April 11th at the Illini Union was cancelled for unspecified "unavoidable circumstances", as announced the day before the scheduled concert. It does not appear to have been rescheduled.

Following the cancelled concert, the Jazz Band backed the Women's Glee Club Spring Concert on May 5 at the Smith Music Hall Auditorium.

Dewar's appearances at Jazz-U had been attracting attention in reviews dating as far back as his sophomore year (1959), including a prominent photo in the September 28 issue of the Daily Illini. 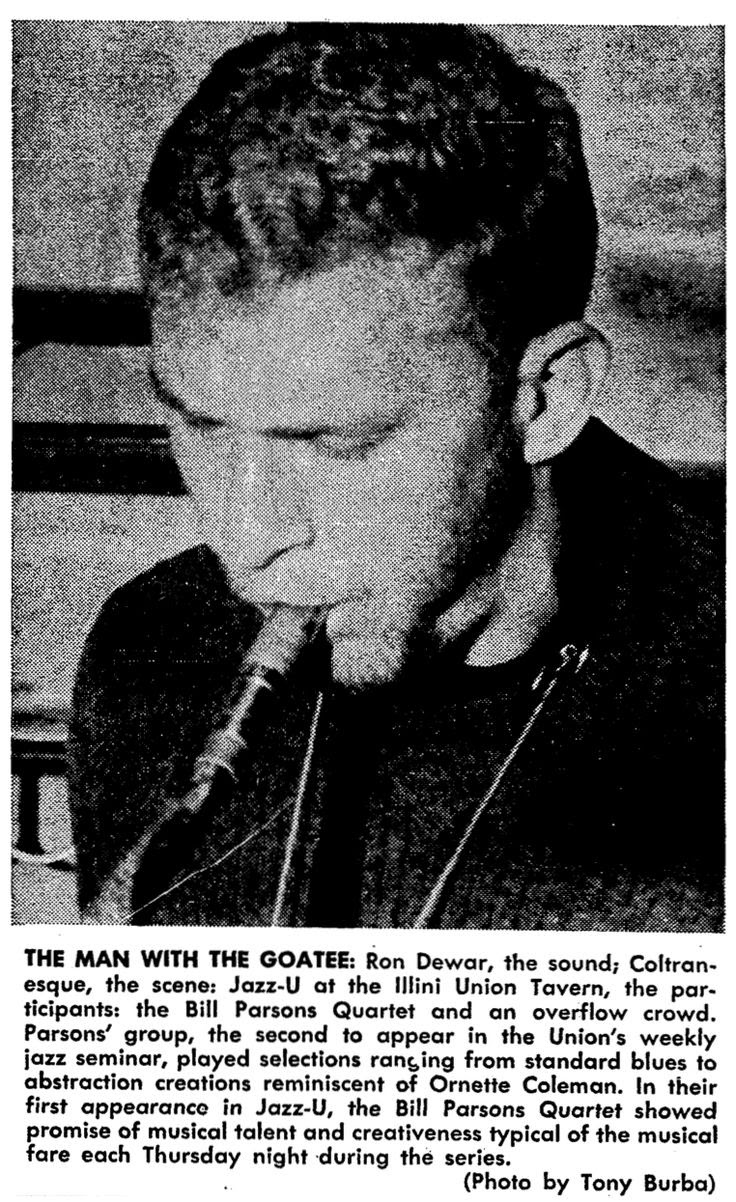