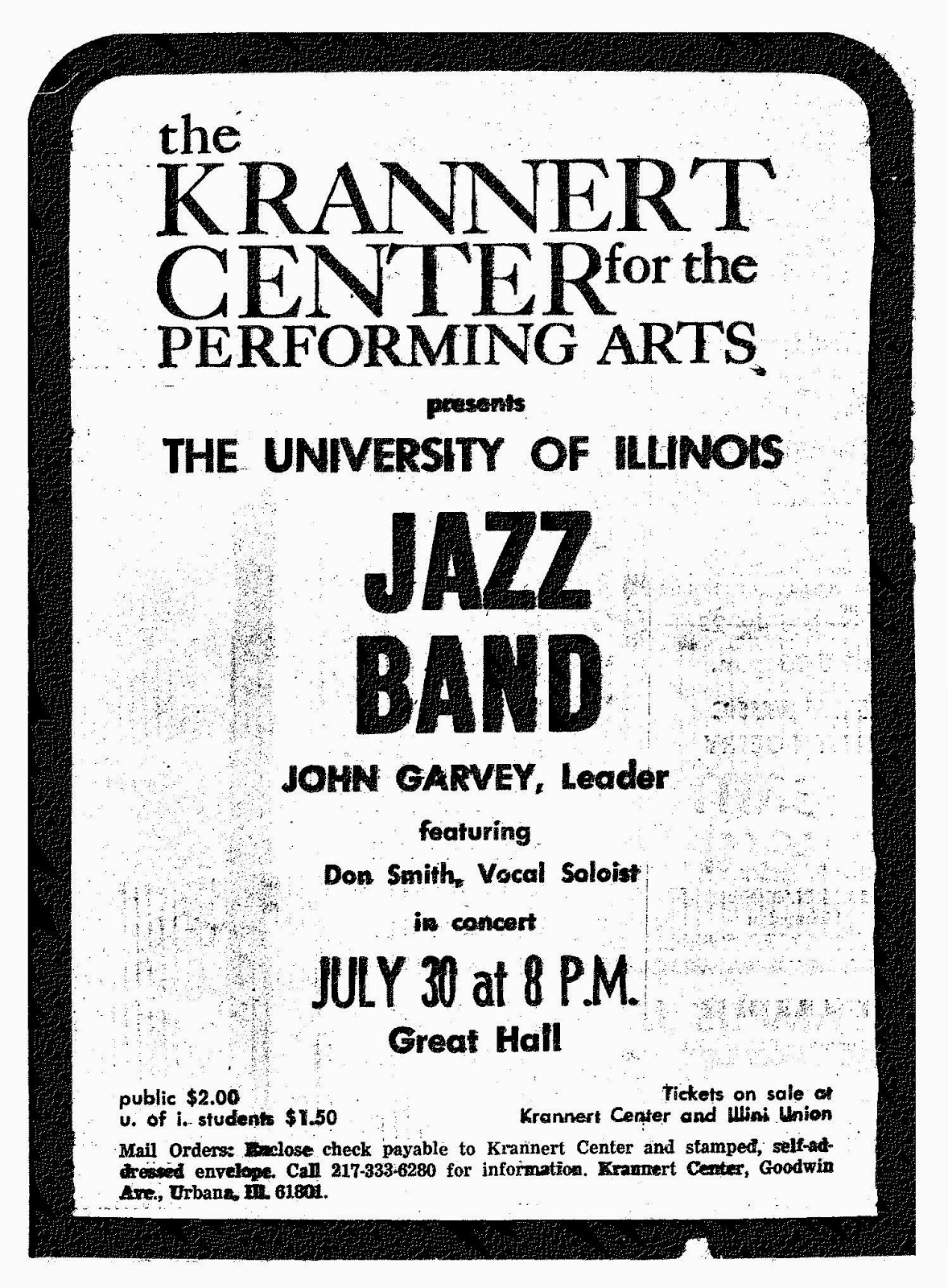 Daily Illini, 7/21/1970.
On August 21, 1970, the band appeared on a 30-minute episode of "Chicago Festival". Descriptions of the show indicate that the program included "Where's Charley?", "Moontrane", "My Funny Valentine", "I'm Glad There Is You", and "The Lunceford Touch". A copy of this program is on file in the Stanford University Digital Archives (Peter Erskine Collection) but is only available to members of the Stanford University Network. It appears that this show was syndicated to various stations across the United States by the Chicago Educational Television Association, which operated two television stations housed on North St. Louis Avenue: WTTW (Channel 11) and WXXW (Channel 20).

In August, 1970, the band recorded The University of Illinois Jazz Band with Don Smith in the Orchestra Rehearsal Room of Krannert Center for the Performing Arts by Paul Rainey and Sue Braugham. (Additional details on this recording may be found in "The Recordings" section.)

A concert labeled only "University of Illinois Jazz Band, 1971", possibly from this period, was recorded and is held by the Sousa Archive (box 249, reels 12-13). 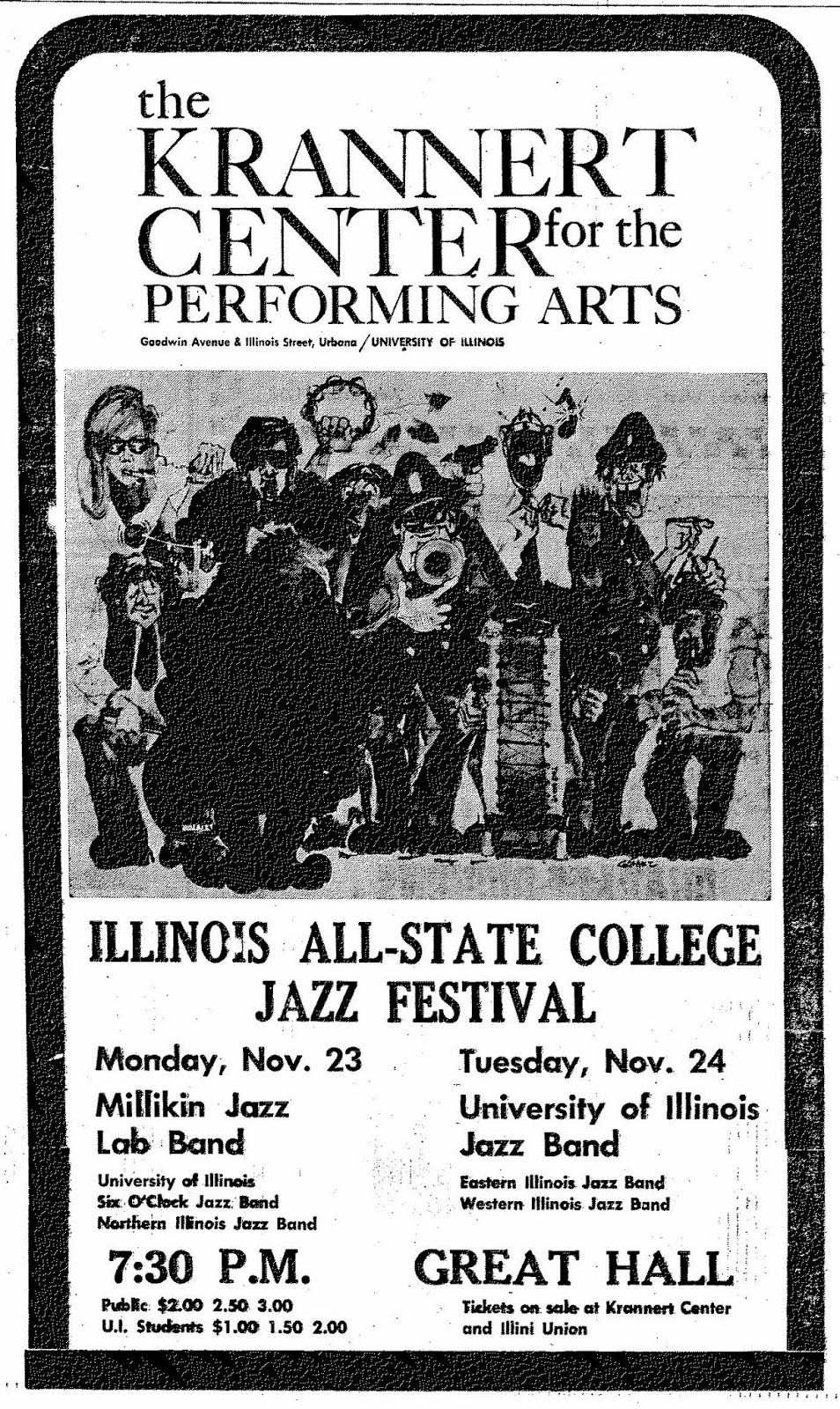 From May 14-16, 1971, the American Collegiate Jazz Festival was held for the second time at Krannert Center for the performing Arts. Sponsored by American Airlines and American Express, the three-day festival included performances by Dizzy Gillespie, Lalo Schifrin, Al Cohn, Bill Evans, Bill Watrous, and Clark Terry. 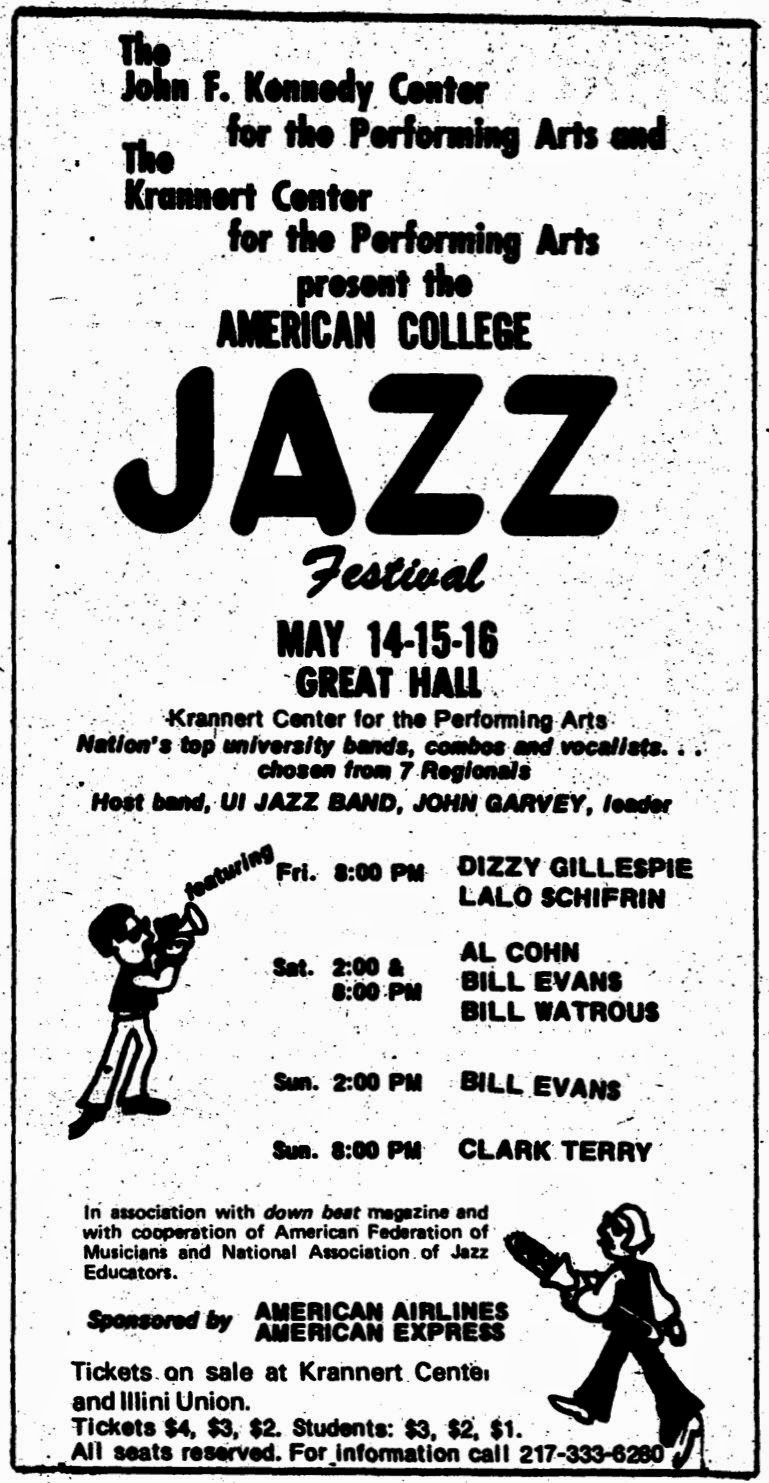