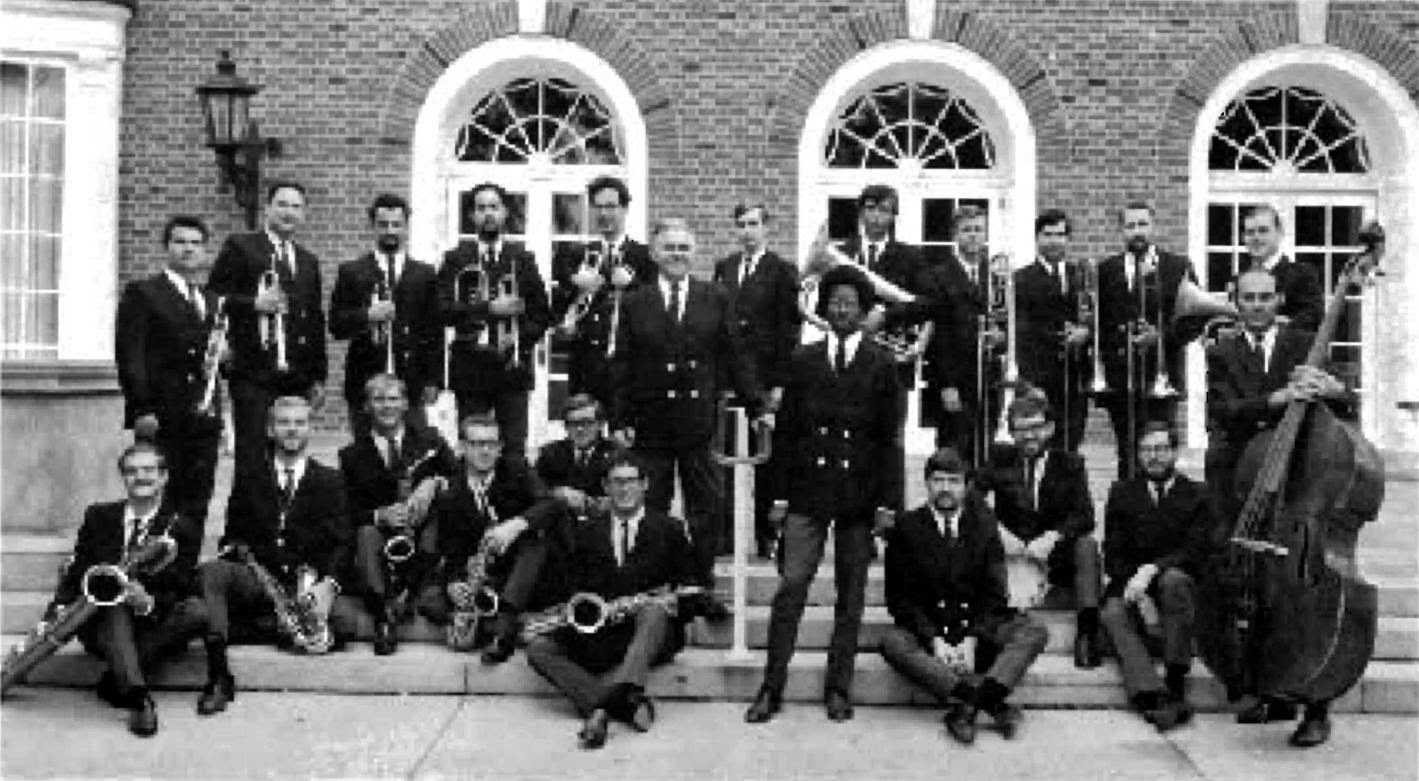 On July 6, 1968, the band performed at 14th Annual Newport Jazz Festival. In Whitney Balliett's Collected Works: A Journal of Jazz 1954-2001, the program is described this way:

The eighteen-piece University of Illinois Jazz Band, finishing up the afternoon, played with an aplomb and conviction which ironically suggested that when a form of jazz can be executed so well by the very young it has been exhausted. 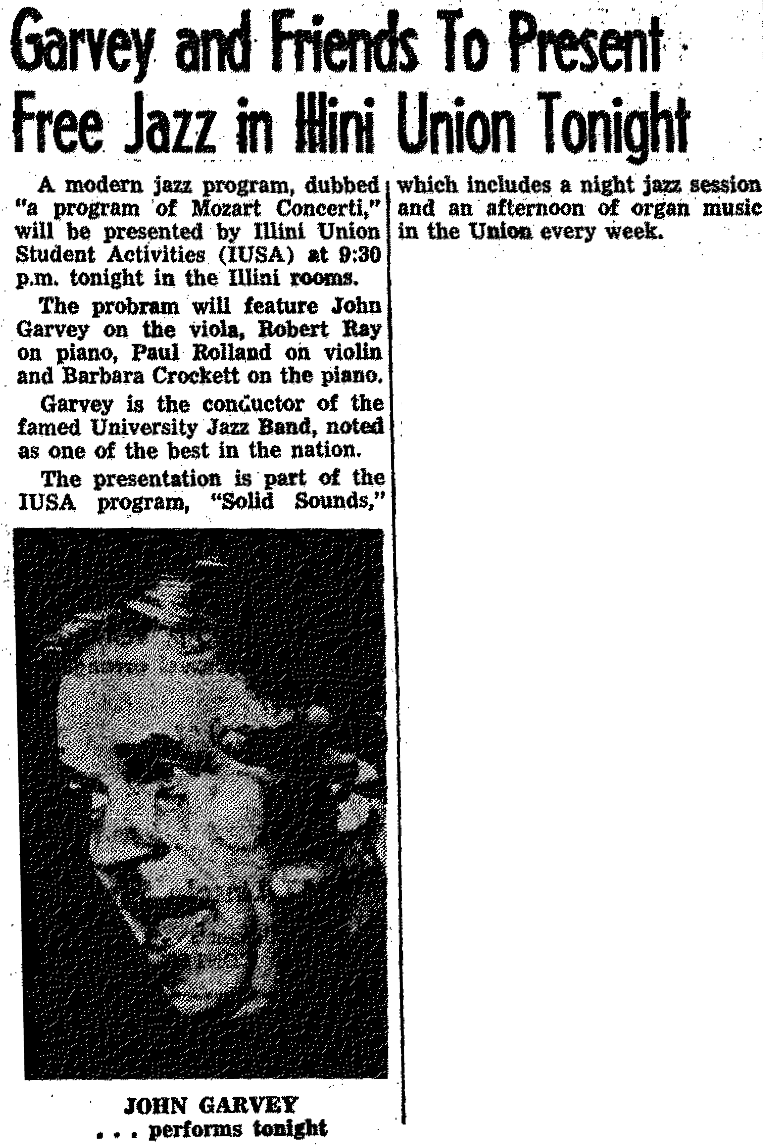 Though no video of the big band exists to date, a portion of the concert in Prague which included the dixieland small group has surfaced on YouTube:

On November 12, 1968, the band gave a 3-hour performance at the University of Stockholm. The concert was recorded, and selections were released on the album The University of Illinois Jazz Band in Stockholm, Sweden. Liner notes state that "the concert itself was given in a large dining hall and was marked by its length (3 hours), its free swinging nature, and its conviviality, the latter shown by audience and band members both. (Additional details on this recording may be found in "The Albums" section.)

As a result of the success of the band in Romania, Jerry Tessin said that the State Department replaced the Iceland portion of the tour with five days in Prague, Czechoslovakia.

The band reportedly did two "major television shows" in Europe, and cut a commercial recording sponsored by the Yugoslav government. 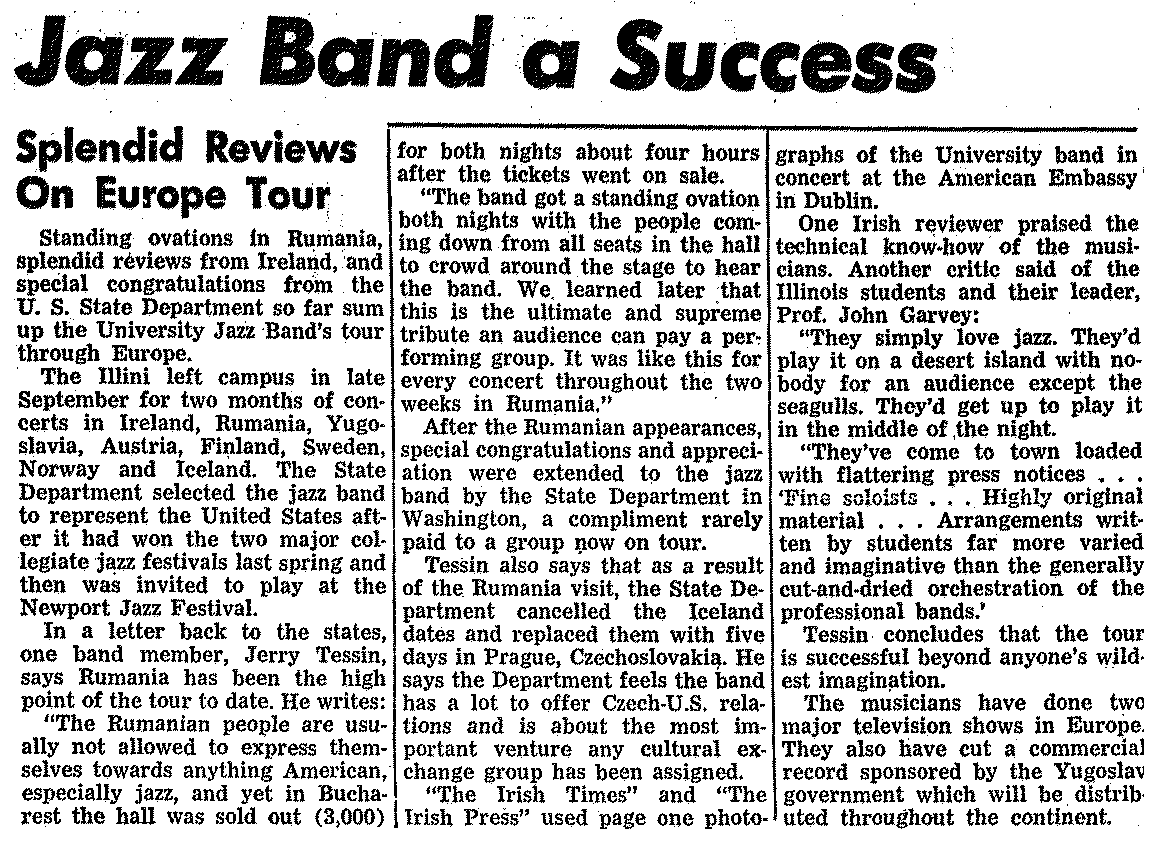 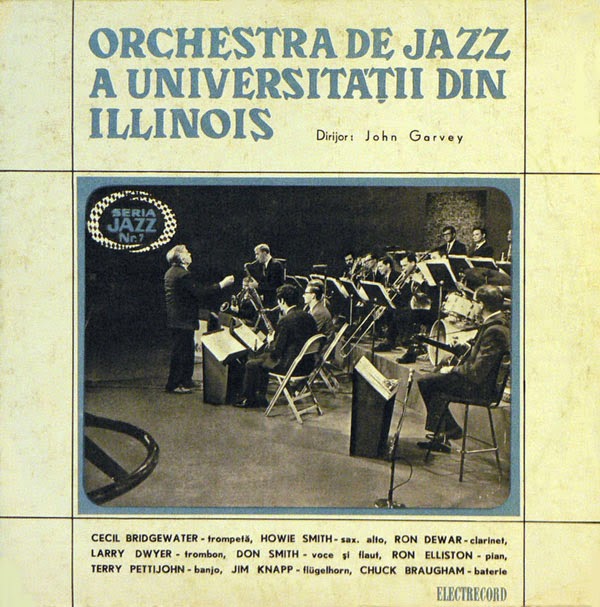 On Saturday, February 1, 1969, the band performed a set at the 10th Annual Chicagoland Stage Band Festival (presumably as guest artists, as this was a high school stage band contest event, later known simply as the Oaklawn Jazz Festival). One of the tracks from this concert appears on the album "10th Annual Chicagoland Stage Band Festival": "Besame Mucho" (arranger unknown).

The first annual Illini Jazz Festival was held at Krannert Center for the Performing Arts around May 3, 1969, at which the band performed. The concert was recorded, and one track appears on the album University of Illinois Jazz Band and Dixie Band. (Additional details on this recording may be found in "The Albums" section.) 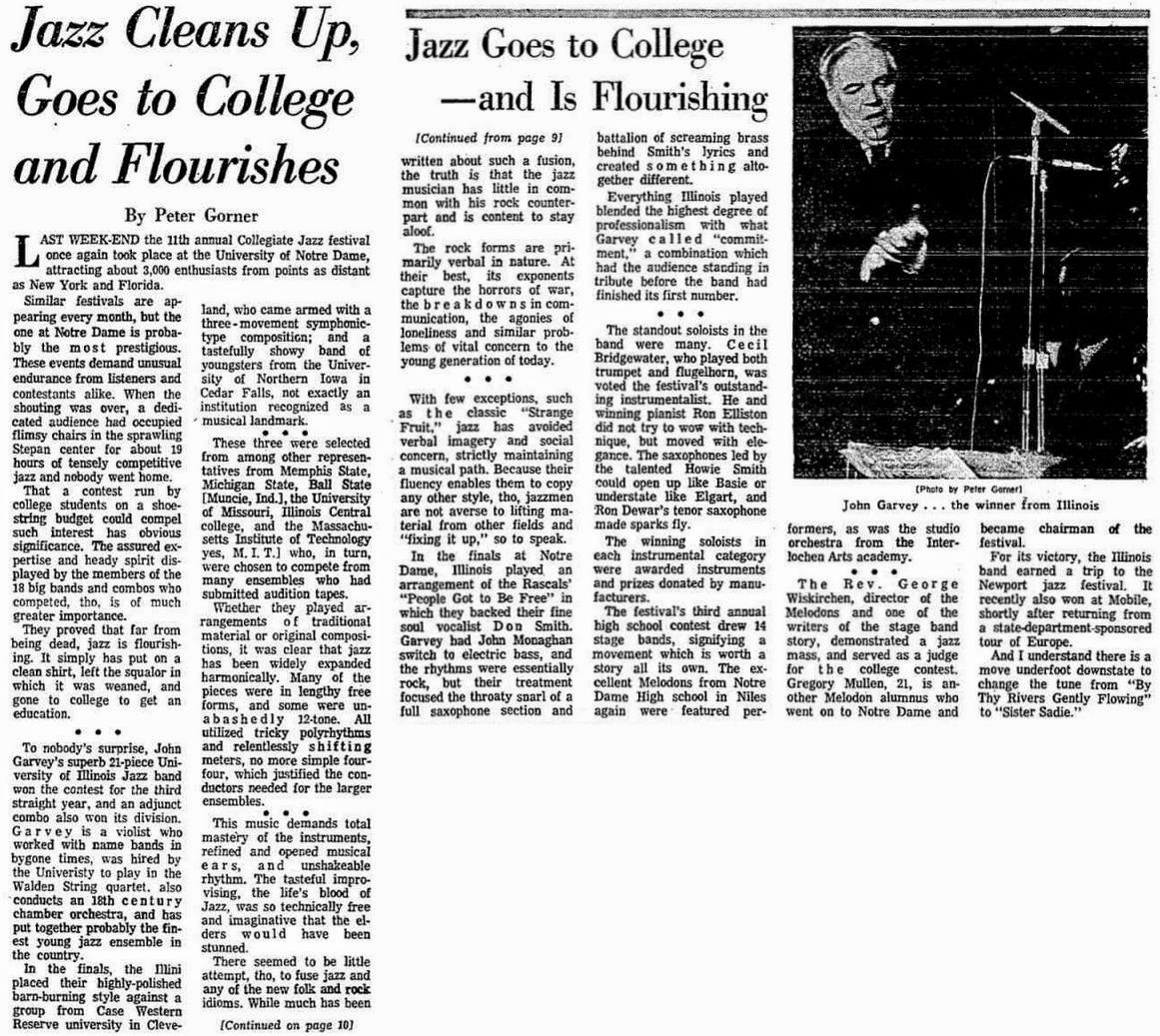 During May 22-24, 1969, the band participated at the third annual Intercollegiate Music Festival final competition in St. Louis, MO. Judges for the festival included M. E. Hall (Stephen F. Austin State College, TX), flutist Paul Horn, saxophonist Oliver Nelson, guitarist Johnny Smith, and trumpeter Clark Terry; emcee for the show was TV personality Ed McMahon. A recording of selections from various bands was released under the name Intercollegiate Jazz Festival—Take Ten: Fine Sounds From The Finals, and two of the cuts featured the UIUC jazz band: "Vine Street Rumble" and "You Are Too Beautiful".

The band was invited to perform at the 1969 New Orleans Jazzfest, held June 2-7 at Municipal Auditorium. The Illinois band backed singer Sarah Vaughan on the evening of Thursday, June 5. A commercial release of this concert appeared in 1999 as Jazzfest Masters: Sarah Vaughan, and included three tracks with the Illinois band ("The Lamp Is Low", "Watch What Happens", and "There Will Never Be Another You"). In a review for the Vieux Carre Courier on June 6, 1969, the reviewer had this to say:

The Illinois band was brilliant. In addition to a high standard of musicianship that is reflected in both ensemble work and solos, the band has two things that few big bands in the country can claim—a group personality and a unique approach to program

The Illinois band has humor (as seen in the tongue-in-cheek arrangement of The Old Beelzebub Blues), a sense of tradition (evident in The Lunceford Touch), and plenty of variety (witness Don Smith's blues vocals, Jim Knapp's thoughtful modern arrangements, Ron Deward's splendid avant garde tenor). If conductor John Garvey continues to nurture this kind of originality in his band at Champaign-Urbana, he might well provide a new model for the development of big band jazz in our universities.

Two tracks of the band backing baritone saxophonist Gerry Mulligan ("The Thrill Is Gone" and "Sister Sadie") have appeared on multiple compilation recordings.